The study was conducted using sera with a long period after vaccination (more than 6 months after vaccination) as an indicator of Sputnik V's long-lasting protection, Sputnik-V said in a statement on Wednesday. 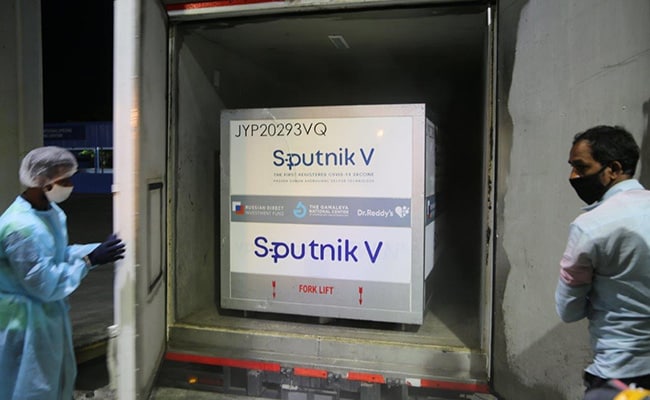 Sputnik-V vaccine and its booster is effective against Omicron, the vaccine maker said.

Russia's Sputnik-V vaccine and its one-shot version Sputnik Light booster demonstrates high virus-neutralising activity (VNA) against the highly-contagious Omicron variant of COVID-19, providing a strong defence against severe disease and hospitalisation, according to a study.

The Gamaleya National Research Center of Epidemiology and Microbiology and the Russian Direct Investment Fund (RDIF), an investor in Sputnik V and Sputnik Light vaccines, in an article titled "Sputnik Light booster after Sputnik V vaccination induces robust neutralising antibody response to B.1.1.529 (Omicron) SARS-CoV-2 variant" said that the vaccine is expected to provide a strong defence against severe disease and hospitalisation.

The study was conducted using sera with a long period after vaccination (more than 6 months after vaccination) as an indicator of Sputnik V's long-lasting protection, Sputnik-V said in a statement on Wednesday.

Sputnik V elicits a strong and long-lasting T-cell response, and as 80% of epitopes in the spike protein are not affected by the mutations in the Omicron variant, Sputnik V is expected to provide long-lasting protection against severe disease by Omicron, it said.

Sputnik Light as a booster significantly increases virus neutralising activity against Omicron based on sera 2-3 months after revaccination.

Virus neutralising activity against Omicron 2-3 months after a Sputnik Light booster in this preliminary laboratory study is higher than VNA against the wild-type virus 6 months after Sputnik V vaccination.

Based on these data the expected efficacy of Sputnik V with Sputnik Light booster against Omicron infection could be more than 80%, as Sputnik V showed the efficacy of more than 80% against wild-type virus 6 months after vaccination, according to the study.

Individuals who are 100% revaccinated with Sputnik Light as a booster developed neutralising antibodies against Omicron and demonstrated their high level 2-3 months after the revaccination.

Sputnik Light is a universal booster to other vaccines, including Sputnik V.

Sputnik V and Sputnik Light were developed on the basis of a safe and well-studied over 30 years of technology and have not been associated with rare serious side effects as myocarditis or pericarditis, the study said.

Sputnik Light has already been registered in more than 20 countries as a standalone vaccine and a universal booster to other vaccines helping to increase their efficacy (including in Argentina, UAE, Bahrain, the Philippines, and San Marino).

Sputnik V has been authorised in 71 countries with a total population of over 4 billion people.